We’ve got over 50 years’ experience in providing motor insurance in the UK, so over the years we’ve heard (and been asked about) some of the weirdest motoring myths, misconceptions and ideas that are just plain strange! Read on to see if you’ve heard of any of them – or if you actually believe them. 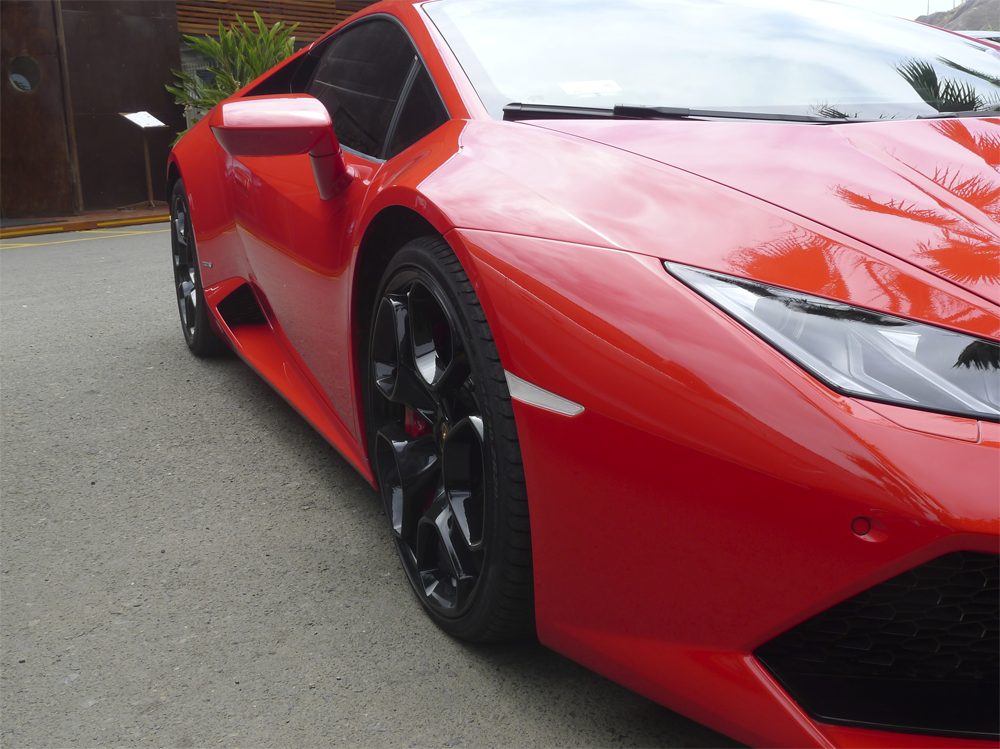 Myth 1: Red cars cost more to insure than other colours

We don’t really know where this idea comes from, but it may have something to do with red often being the colour of choice for high-end sports cars - which will almost always cost more to insure than the family runabout. We’ll let our Underwriting team explain:

“For us, the colour of your car has nothing to do with the price you’re quoted for your car insurance. Your car insurance premium is based on a series of risk factors based on real-world information, which take into account factors such as the levels of car crime in your local area, the market price, power, and age of the car you drive, your driving history, and your class of use. The colour of your car doesn’t affect any of the risk factors we use, so it won’t affect the price you pay.”

Myth 2: If you tank up early in the morning, you’ll get way more fuel for your money

This myth is a very common one – and one that a lot of drivers at Provident Insurance will have believed at some point – but unfortunately, it’s just not true.

The idea behind the myth is that it’s colder in the morning, and as petrol, diesel and LPG are all liquids, they’ll be denser in the morning than during the day so you’ll get more fuel for your money. Sounds good, right? But the fact is that fuel is stored underground in non-metallic, double-walled tanks at the vast majority of petrol stations, which keeps the fuel at a steady temperature throughout the day. The savings that you’ll be making will be minimal at best – less than a couple of pence per tank if you’re lucky – which means that most people will opt to spend their early mornings in bed rather than on the forecourt.

Myth 3: Cleaning your wiper blades with vinegar will make them as good as new

There’s not really a black or white, yes or no answer to this one. Cleaning your windscreen wiper blades with vinegar can remove any built up dirt or contaminants that are preventing them from working at their best, so it’s a good idea to try it before shelling out for new wiper blades. However, if your wiper blades are worn, deformed or damaged, there’s not really anything you can do and you should replace them as soon as possible.

Myth 4: It’s legal to break into a car on a hot day to save a trapped dog

Another answer that falls into the grey area between true and false, though this is because of the specific circumstances required to make criminal damage legal – yes, if you break into a car even to save an animal’s life, that’s criminal damage. Tennessee made it legal in 2015 to break into a hot car to save a child or a dog with reasonable justification, but the law here in the UK is a little less clear cut.

You’ve got to be able to prove that the animal is in imminent danger, and that your breaking into the vehicle is the only way to save the dog’s life – meaning that you have contacted the police and they would take too long to arrive, there is no indication that the owner will return in time to help, and they would consent to the damage if they were aware of the circumstances. The RSPCA have further advice about what to do if you find a dog in a hot car.

Myth 5: The police won’t pull you over if you’re up to 10% over the speed limit

The NPCC (National Police Chief’s Council) issued guidelines that suggest that drivers aren’t prosecuted unless they’re 10% over the speed limit, plus 2mph to account for any speedometer error, but they are exactly that – guidelines. The power to pull drivers over and issue speeding tickets rests with local forces and their officers, and the police can pull you over for being even 1mph over the speed limit – that’s how the law sees it.

Myth 6: You can pick up roadkill found at the side of the road, so long as you didn’t hit it

So long as the animal is dead when you find it and it’s doesn’t belong to anyone, then you’re allowed to remove it from the side of the road if it’s safe to do so. If the animal does belong to someone, such as if it’s on a the grounds of an estate or it’s a family pet, then that’s classed as Theft by Finding.

Myth 7: Using boiling water to clear an icy windscreen can damage the glass

You should clear your windscreen and windows of ice using de-icer and/or a scraper, and if snow has collected on your roof you should clear as much of the roof as you can (if you brake suddenly, where do you think that snow’s going to go?).

Myth 8: Furry dice dangling from your rear-view mirror can fail your MOT or cause you to be pulled over by the police

This myth actually has a basis in fact, as drivers need to have a clear and unobstructed view of the road at all times, meaning that oversized dice, air fresheners and sat navs shouldn’t be placed anywhere on your windscreen that obstructs your field of vision.

Myth 9: It’s an offence to smoke/drink/eat/use a mobile phone while driving

Okay, so we’ve combined a few myths into one here, but they’re all in the a pretty similar vein – any act that reduces your concentration on the road ahead or means that you’re not in full control of your vehicle is strictly prohibited.

For example, it’s not illegal for you to smoke in your car, however it is illegal to light a cigarette while driving or to smoke while there’s someone under the age of 18 in the vehicle.

Similarly, it’s not illegal to drink a non-alcoholic beverage while driving, so long as the act of taking a drink doesn’t or won’t distract you from the act of driving and you remain in full control of your vehicle. The same goes for eating; it’s not an offence so long as you can eat and keep your full attention on the road and are in control, but keep in mind that if the police believe that you’re a danger to other drivers while eating or drinking, they’re well within their rights to pull you over. This could result in a charge of Careless Driving or driving without due care, which carries a potential £2,500 fine, up to 9 points on your licence or even a driving disqualification.

This wiggle room doesn’t apply to the use of a mobile phone while driving, unless you’re using a hands-free set. Whether you’re taking or making calls, texting, tweeting or checking Facebook, any mobile phone use is unacceptable while you’re driving. The penalties can be severe, but the last thing anyone wants is to be in an accident – so it’s best to leave the phone in your pocket or in your bag until you’ve finished your journey and it’s safe to use it.

Bonus myth: You need to change your car’s oil every 3000 miles

Answer: Depends on your car

This myth has its roots in the early days of modern motoring, when the fuels and oils used in cars were far less refined than they are today, as were the cars themselves.

Cut to the present day, and most cars now don’t need an oil change until around every 10,000 miles – of course, every car is different and if you check your car’s manual, it’ll give you precise details of when you should have your car serviced and the oil changed, and how often you should be checking your engine fluids.

We hope that you’ve enjoyed reading our Top Motoring Myths, and that you’ve learned something new about motoring in the UK. Let us know on Let us know on Twitter or Facebook if you’ve ever been caught out by any of the myths above, or if there are any myths or misconceptions that you want to share!

We use cookies to give you the best possible experience on our website. By continuing to browse this site, you give consent for cookies to be used. For more details, including how you can amend your preferences, please read our Cookie Policy.